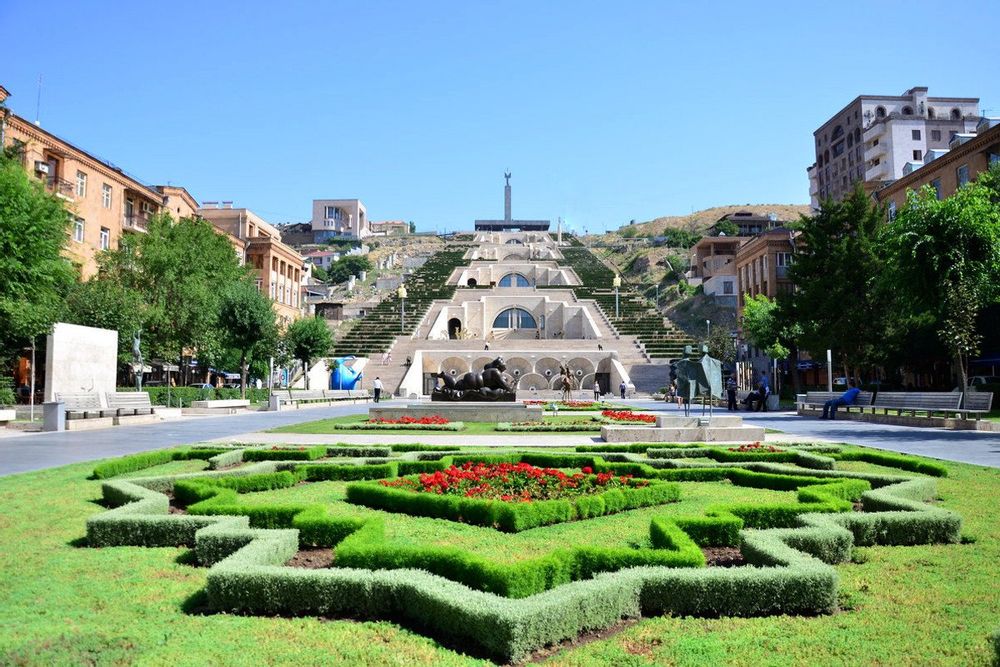 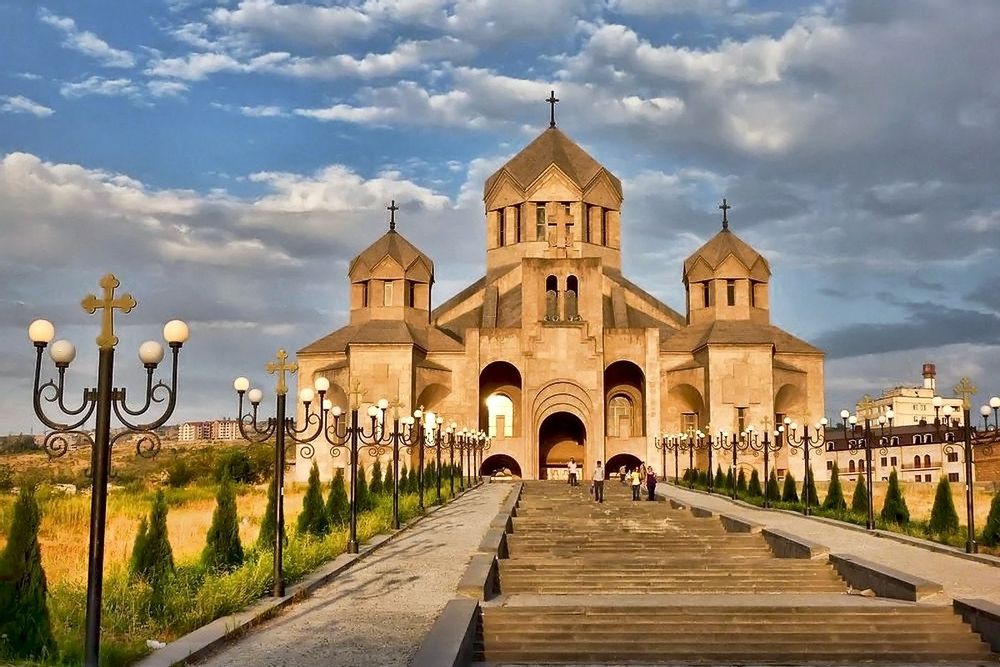 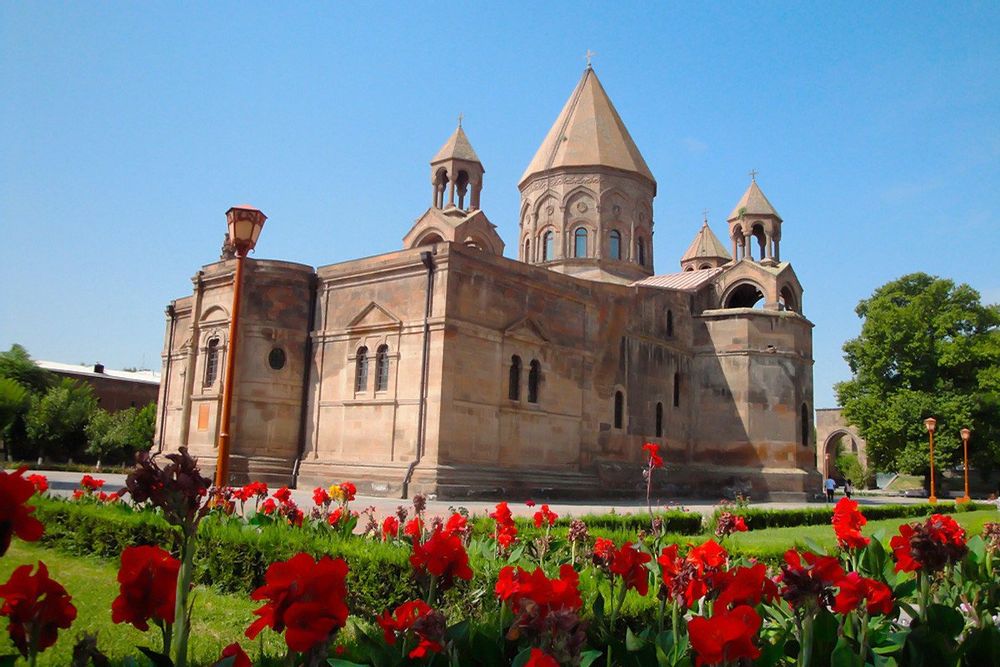 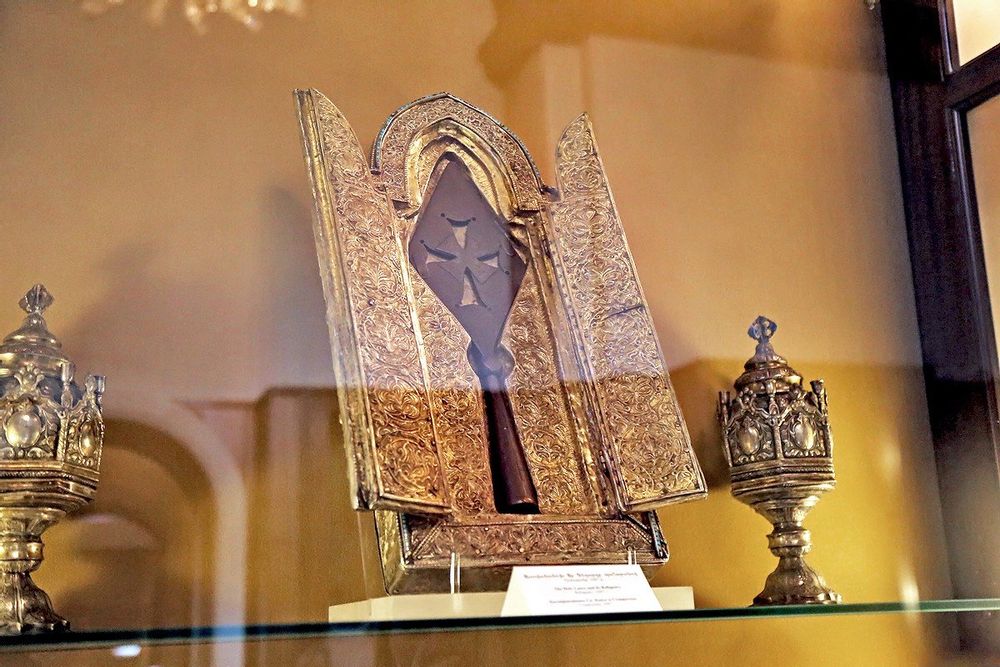 This trip starts with discovering the fascinating sights of Yerevan, the heart of Armenia. You are going to enjoy interesting stories of the thousand-year history of the capital along with observations of the main architectural monuments, as well as vintage central streets of the city. And from the height of the special viewpoint the whole city will open up towards you. Next up is the visit of Ech...

Description: The preferred seats inside the vehicle are not reserved in advance.

Description: Yerevan is the capital city of Armenia, a city, which is 29 years older than Rome! It dates back to 782 BC, when the fortress of Erebuni was built by king Argishti The First. Yerevan is often referred to as "The Pink City" for many buildings are made of pink tuff stone. The capital city is a major tourist destination thanks to its numerous landmarks, extensive nightlife, great museums and lovely parks. A walking tour is the best way to really get immersed in Yerevan's culture, history and cuisine. One of the truly magnificent sights is Republic Square with musical fountains: from early May till mid-autumn there is a fantastic singing-dancing fountains show, accompanied by some great music of various genres. Another sight not to be missed is Cascade Complex, offering absolutely breathtaking views from the top to the city. You can fully enjoy it at night, when Yerevan lights up.

Description: St. Hripsime church is one of the famous ecclesiastical buildings in the city of Echmiadzin. This is the developed and perfect example of cross-cupola churches in Armenia. The church is notable with its architectural simplicity and loftiness. The tomb of the Christian martyr Virgin Hripsime is in the sacristy of the church. The site is included in UNESCO World Cultural Heritage List.

Description: Not far from the Echmiadzin Cathedral, against the background of white peaks of Ararat, one can see the silhouette of the cupola of St. Gayane church. It was built in the 7th century and belongs to the domed-basilica style. According to the legend, this church was constructed over the tomb of Virgin Gayane, who had been martyred for preaching Christianity. The site is included in UNESCO World Cultural Heritage List.

Description: The center of Armenian Apostolic church – St. Echmiadzin is located 20 km far from Yerevan. The Cathedral of Echmiadzin was founded at the beginning of the fourth century and is one of the oldest churches in the world. According to the legend, the church was built in the place where apparition of Jesus Christ was seen to Gregory The Illuminator in the dream. The interior of the church is covered with frescoes, created by Hovnatanyan family. The residence of the Catholicos and the Theological Academy are situated near the Cathedral. Starting from the end of 2018 year till the present day reconstruction works are being carried out, thus the visit of Mother Cathedral currently is foreseen only from outside. The site is included in UNESCO World Cultural Heritage List.

Description: The Museum "Treasures of Echmiadzin" is situated in the southeast section of the Cathedral. Unique holy relics and religious art are now housed in the museum. Among the many treasures there are: the Holy Lance (Geghard), which pierced the side of Christ, housed in a silver reliquary; the relics of Noah's Ark in a reliquary that was created in 1698 and other valuable pieces of art. According to the history, the relic of Noah's Ark, was given to Patriarch St. Hakob (Jacob) of Mts'bna in the fourth century, as he desired to climb the peak of Mount Ararat to find Noah's Ark. After ascending the mountain, he fell asleep through the influence of God, and the angel of the Lord placed the reliquary of the Ark under his head. In a dream, the angel instructs St. Hakob to awaken, take the relic and descend from the mountain. In addition to the pieces displayed, during archaeological excavations, which were conducted due to renovation work of the Holy Altar, remnants of the original Holy Altar, founded by St. Gregory The Illuminator, dating back to 301-303 AD, were discovered.

Description: This marvelous temple is a result of skillfulness and brave creativity of Armenian architects of the 7th century. Having been built on several columns, it was able to survive only till the 10th century. When in the beginning of the 20th century this site was being excavated, many specialists could hardly accept its reconstruction model, designed by famous Armenian architect Toros Toramanyan, as it was difficult to believe, that such a huge and complicated construction could have been built those days, and amazingly at that time one of the bas-relieves of St. Chapelle church in Paris came to prove Toramanyan's version; the bas-relief depicts Zvartnots temple with Noah's Ark and it looks like the model, represented by the architect. The site is included in UNESCO Cultural World Heritage List.