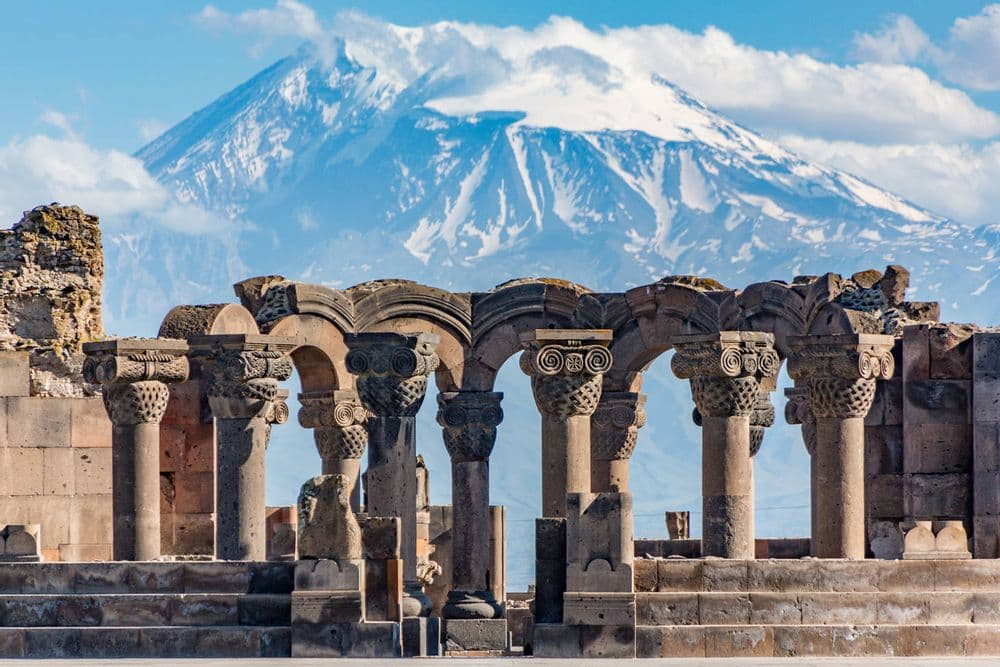 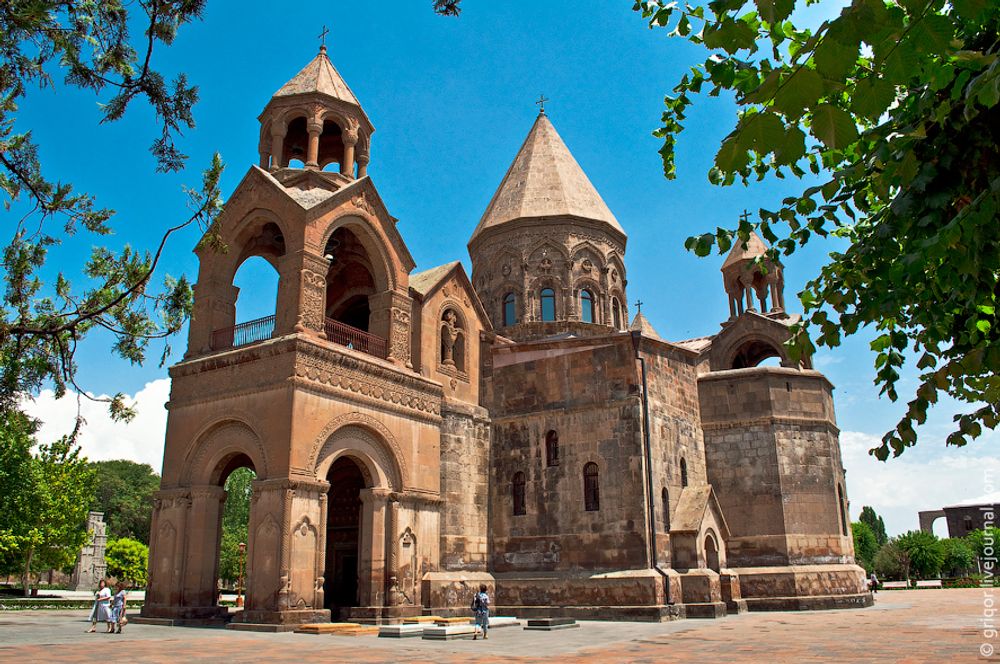 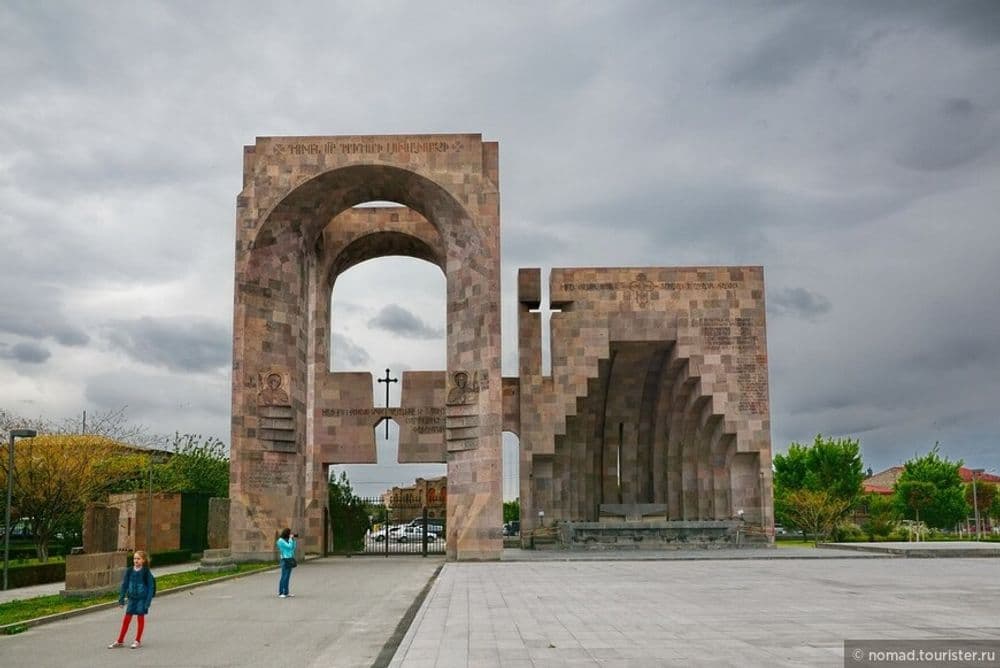 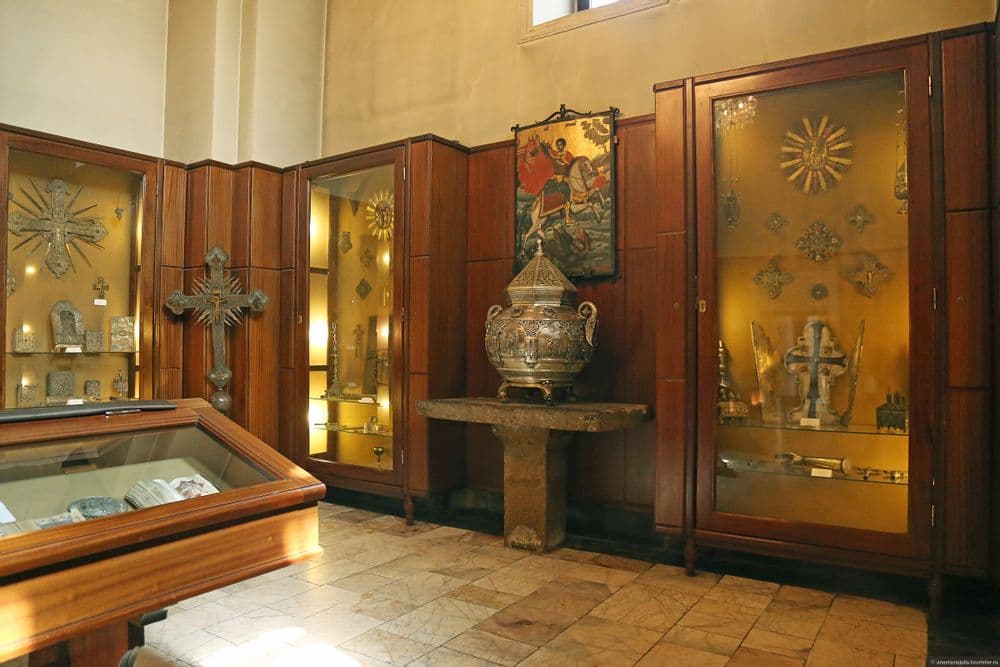 During this tour, you will visit Holy Echmiadzin - the center of the Armenian Apostolic Church. You will also visit the ruins of the picturesque Zvartnots temple. Both attractions are included in the UNESCO World Heritage List.

Description: Echmiadzin is called a holy city for Armenians, because it is here that the main church of Armenia - the Cathedral, is located, as well as the residence of Catholicos.

Description: Echmiadzin Mother Cathedral is considered one of the earliest Christian buildings in the world. The church was built at the beginning of the fourth century, in 301-303, after the adoption of Christianity as a state religion, by the order of Gregory the Illuminator. It was built on the site of a pegan temple, symbolizing the transition from paganism to Christianity. Being the holy center of the majority of Armenians, Echmiadzin was one of the important centers of not only religious, but also political, economic and cultural life in Armenia. This place of pilgrimage is one of the most visited places in Armenia. The cathedral, along with some important early medieval churches in the area, was included in the UNESCO World Heritage List in 2000.

Description: St. Gayane church is one of the churches of the Holy Echmiadzin monastery complex. The building of the church stands on the site where Saint Gayane was martyred. Subsequently, it was here that she was buried. The Church was erected in the 7th century, has an unusual combined structure of a central domed and three-nave basilica.

Description: St. Hripsime church is located at the entrance to the ancient Echmiadzin city. The church was erected in honor of the holy virgin-martyr Hripsime, whose grave is located right under the main altar. Initially, a small chapel was erected on the site of Hripsime’s execution. A chapel was demolished by the order of the Catholicos Komitas, in the 7th century, and a new majestic church was erected in its place, which is one of the most outstanding works of early medieval Armenian architecture. It was listed as a UNESCO World Heritage Site along with other nearby churches.

Description: Zvartnots Cathedral is located in the Ararat valley, 3 km south of Echmiadzin city. Zvartnots Cathedral was a unique architectural structure of impressive dimensions. Instead of cross-domed or basilica type structure characteristic of the period, Zvartnots introduced an entirely new style. It had three levels and the central dome rested on one complete circle. It was also one of the tallest structures of its time (45-49 m). Religious construction laid the foundation for the birth of a new direction in architecture and gained great fame around the world. The cathedral was remarkable for its amazing beauty and lightness of construction. 300 years later it was completely destroyed by an earthquake. Only the first level of the building has been restored at this moment. There is Archaeological Museum located here.

Description: End point of the tour

Don't forget to take with you:
Water