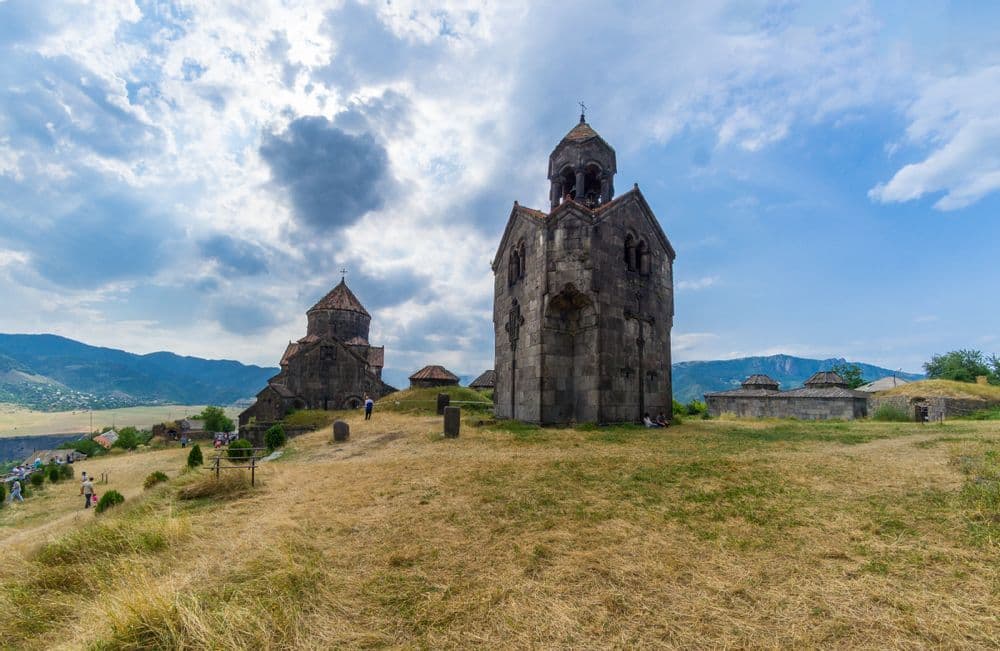 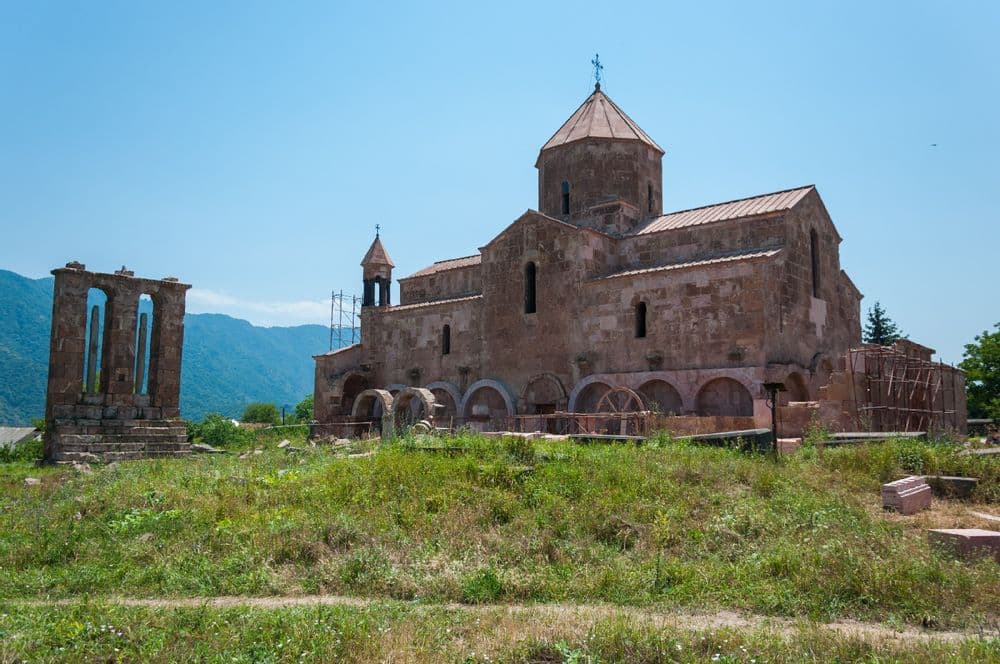 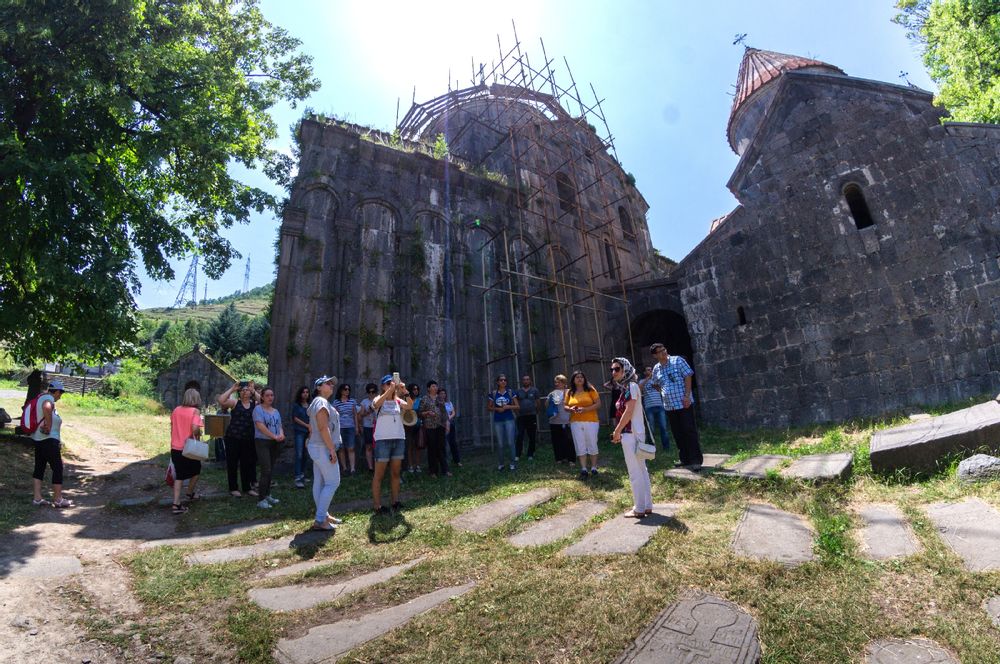 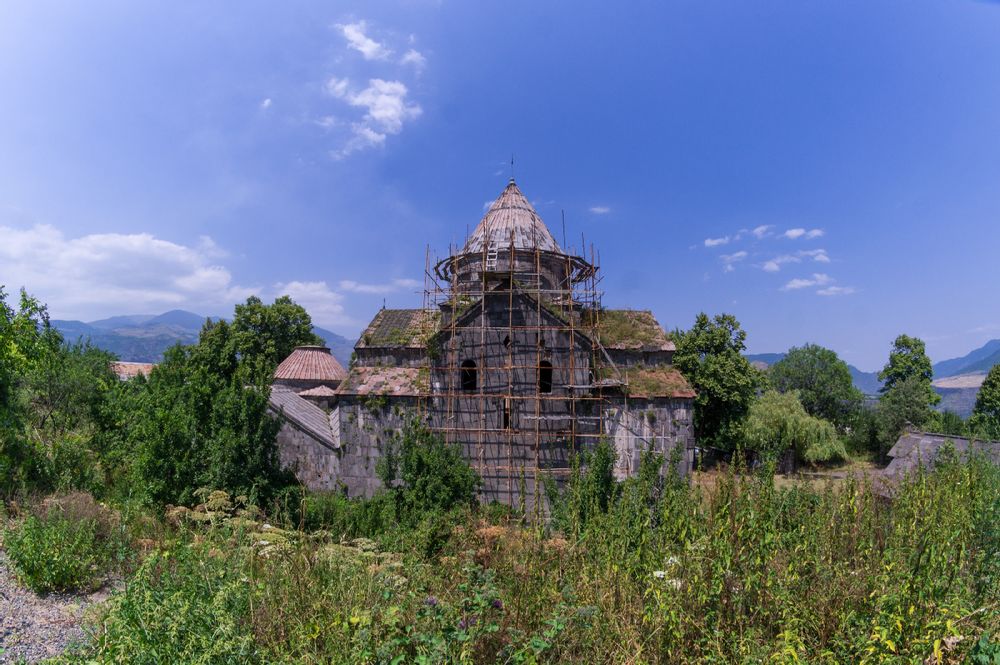 Within the framework of this tour we will visit the most famous monastic complexes of Lori province. The first stop will be in Odzun village, where we will get acquainted with the Odzun temple built in the 5th-7th centuries. Then we will visit Haghpat Monastery, which is one of the largest monastic complexes in Armenia. We will continue the way to the majestic Sanahin. According to folk etymology,...

Description: Odzun village is one of the oldest settlements in Armenia which is famous for its unique architectural monument – the monastery with the same name. There is no exact information about the date of the construction of Odzun, but judging by the building structure and other features of the architecture it can be assumed that this monastery was founded in the 7th century. The name of the founder is also unknown. The place was named after Hovhannes III Odznetsi who was born and raised here. He got the name “odznetsi” which translates as “a fighter with snakes” when he rescued his native village from the invasion of huge snakes by the cross sign. Odzun Monastery is considered one of the most magnificent buildings of Armenia in the early Middle Ages. There are ancient frescoes on the inside walls and rich carvings on the facade of the monastery.

Description: Haghpat monastery complex is located in the north of Armenia. The complex consists of several buildings: a bell tower, a narthex, churches, a refectory and a scriptorium. The buildings were erected at different times, the earliest of them dates from the 10th century. For several hundred years, Haghpat was not only a religious, but also an educational center. Many ancient manuscripts and books were written here. It is believed that Hovhannes Imastaser, who is a well-known theologian, poet and philosopher in Armenia, lived here. His works were known not only in the territory of his native country, but also in Georgia.

Description: There is an ancient Sanahin village located near Alaverdi city, in Lori province. The village is famous for the eponymous monastery complex (10-13 century). Sanahin was originally intended for exiled monks who were hiding from the persecution of the Byzantine emperor. The complex was erected on the initiative of the Armenian king Ashot III Voghormats (Merciful) in 966. Subsequently, Sanahin became not only a spiritual, but also an educational center. The school opened here was turned into an academy where prominent figures of Armenian science of the Middle Ages taught. Sanahin monastery complex is included in the UNESCO World Heritage List.

Description: Akhtala is a 10th-century Armenian Apostolic monastery. The monastic complex impresses with the beauty and uniqueness of the frescoes that decorate the walls. The underground tunnels, the magnificent defensive fortress, the numerous admirable khachkars and the two-story building, which is believed to be a residence for guards, capture attention. The architecture of the church is an interesting combination of the Armenian and Georgian styles, which is particularly visible in the exterior. Stunning sceneries make this place even more beautiful.

Description: End point of the tour

Don't forget to take with you:
Water